BITCOIN, the world’s “first decentralised digital currency”, was launched in 2009 by a mysterious person known only by the pseudonym Satoshi Nakamoto, whose true identity is still unknown. Since then, the value of a single Bitcoin has fluctuated wildly, reaching a high of around $1,000 in late 2013 before falling to less than half that level, and then rebounding in 2016. What exactly is Bitcoin, and how does it work?

Unlike traditional currencies, which are issued by central banks, it has no central monetary authority. Instead, it is underpinned by a peer-to-peer computer network made up of its users’ machines, akin to the networks that underpin BitTorrent, a file-sharing system, and Skype, an audio, video and chat service. These are mathematically generated as the computers in this network execute difficult number-crunching tasks, a procedure is known as Bitcoin “mining”. The mathematics of the Bitcoin system was set up so that it becomes progressively more difficult to “mine” Bitcoins over time, and the total number that can ever be mined is limited to around 21 million.

Bitcoins (or fractions of Bitcoins known as satoshis) can be bought and sold in return for traditional currency on several exchanges, and can also be directly transferred across the internet from one user to another using the appropriate software. This makes Bitcoin a potentially attractive currency in which to settle international transactions, without messing around with bank charges or exchange rates. Some internet services (such as web hosting and online gambling) can be paid for using this crypto currency. The complexity and opacity of the system mean it also appeals to those with more nefarious purposes in mind, such as money laundering or paying for illegal drugs. But most people will be reluctant to adopt it while the software required to use it remains so complex, and the value of an individual Bitcoin is so volatile. Just as BitTorrent was not the first file-sharing service and Skype was not the first voice-over-internet service, it may be that Bitcoin will be a pioneer in the
field of virtual currencies, but will be overshadowed by an easier-to-use rival.

Watch below Video for more understanding how it works;-

Where can I find Bitcoins?

First, we might suggest you browse this in-depth guide for buying it.

You can get your first bitcoin from any of those four places.

Caution! This crypto currency is notorious for scams, therefore before using any service search for reviews from previous customers or posts your queries on the Bitcoin forum.

There are advantages and disadvantages as well. Different experts have different views on Bitcoin. we will discuss more these in our next blog. 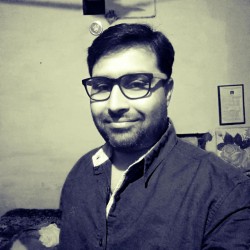 1 thought on “What is Bitcoin? How does Bitcoin work?”